Today, at 3:30 p.m, the Florida-Georgia Football game is played in Everbank Stadium in beautiful Jacksonville, Florida.  My Florida Gators have had a tough season this year (2014).  We've lost some tough games and some of our stars haven't reached their potential.  Our coach Will Muschamp is definitely on the hot seat.  However, I hope that the Gators can overcome their problems and come together for an upset victory over the Georgia Bulldogs.  It would be a stunning upset and there's nothing more fun than upsetting a football rival.

with our toothy logo front and center. Amazon.com has a ton of them! 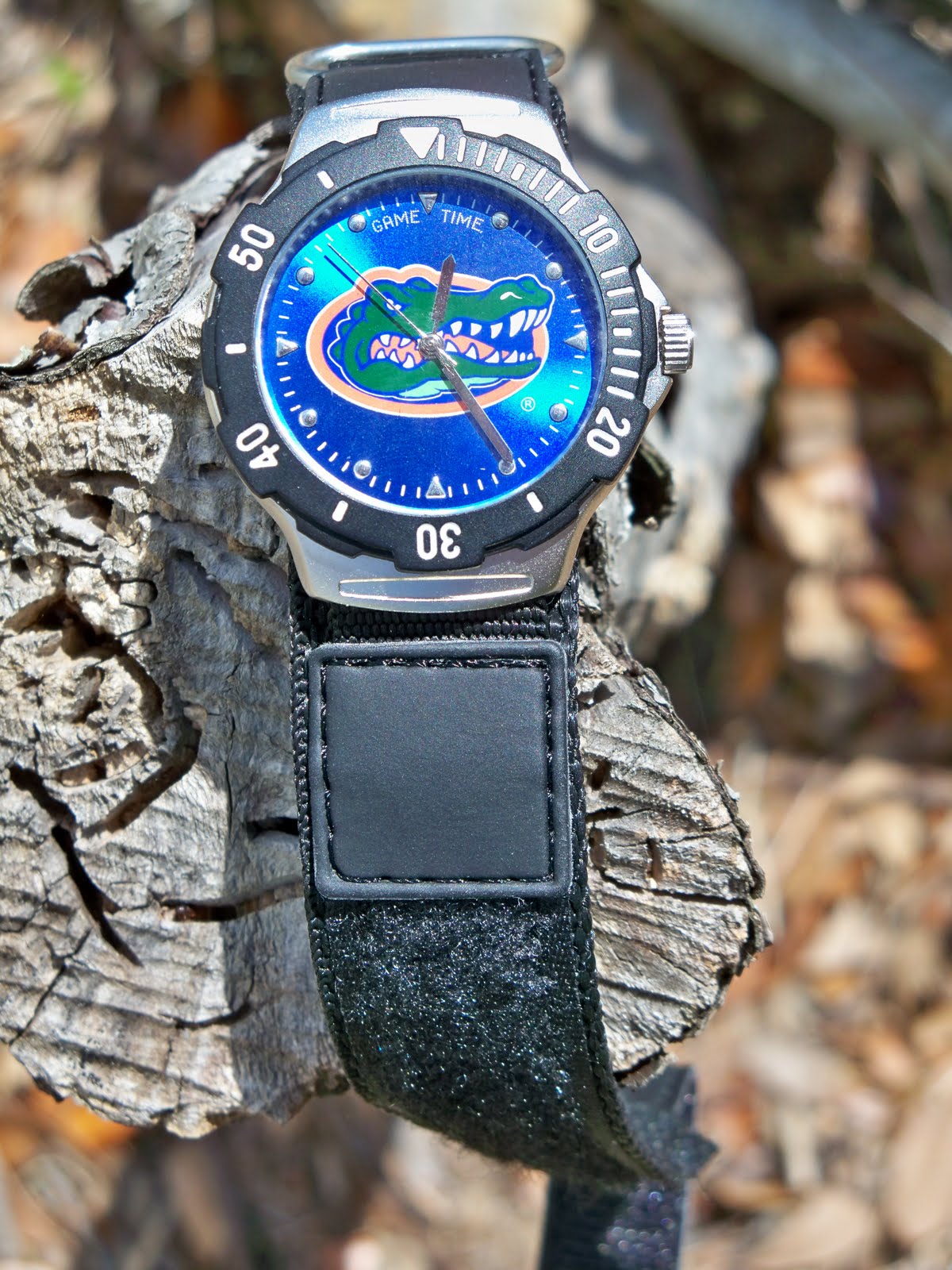 However, Bulldog fans shouldn't fret.  They can get a wristwatch of their own.  Of course, they may need to get someone to help them learn to read it. This one is super fashionable.


How did the 2014 Florida-Georgia game turnout?  The Florida Gators surprised Georgia with a fake field goal for a touhch down and then chomped down on the Bulldogs.  They never let up with an amazing running attack and beat them 38-20.

As a English major who graduated from Florida in the late 80s, I know victory doesn't make the hero.  Overcoming adversity, facing challenges, suffering set backs and then rising to victory makes heroes.  I hope that the team enjoys the winning feeling.  If they persevere, fight hard and win many of the remaining games, they'll be bowl bound!
Posted by GatorDude at 9:12 AM