My Relic Sawyer Wristwatch looks like something issued by the Navy.  It's sleek, grey, and purposeful -- like a battleship.  The numerals on the bezel are darkened and the face is grey with white baton markers at hourly intervals.  They seem purposeful and warlike.  Even the sub-dials look like nautical instruments.  This Relic watch looks so much like something off of a battleship that I recently took it to a battleship.  I stopped by the U.S.S. North Carolina in Wilmington, North Carolina, over the Thanksgiving holiday. 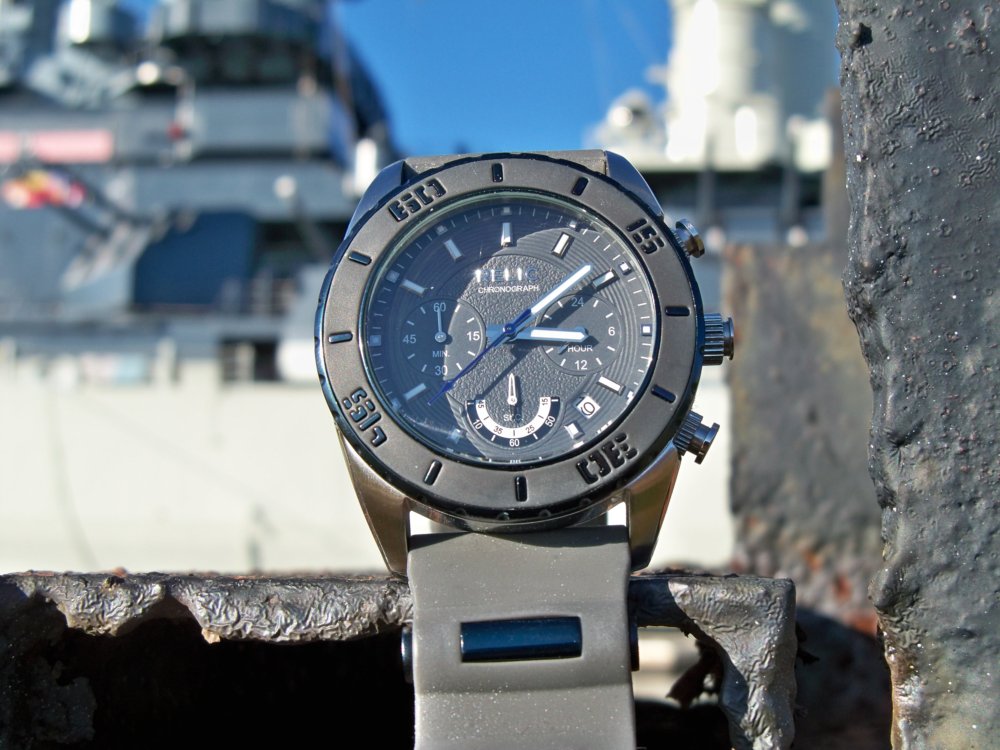 The Battleship itself is moored just across the Cape Fear River from Wilmington, North Carolina.  It's a lot of fun to find and view on google maps.  For tips on finding the U.S.S. North Carolina and hunting for other battleships, check out my article:


How to Hunt for Battleships Using Google Maps

While the Relic Sawyer isn't any kind of official Navy watch, it sure looks like it could be.  However, it's far more affordable than any kind of mil-spec hardware that's designed for extreme conditions.

Of course, when you strap on this watch, you can't listen to some namby-pamby, snooty public radio, symphony.  You have to listen to something truly awesome.  I recommend the Victory at Sea Soundtrack:


Plus, if you are going to wear a watch that looks like it belongs on a battleship, you should learn something about battleships and there is no better starting point than the best documentary series ever made:

Just Get Him a Timex Already!

Stop agonizing!  You can just get him a Timex.  They make plenty of perfectly respectable watches and they don't break the budget!  I love my Weekender!  It's easy to read.  It has the date.  It lights up at night with a simple press of the crown.  It's only about $35 or so.  It makes a great stocking stuffer watch. 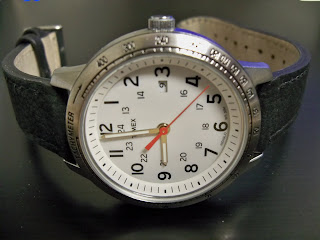 Braving the Black Friday Crowds this year?  Need to pick up some stocking stuffer gifts for less than $30?

Check out this article for watches that might be perfect this Christmas:

Could a Good Watch Save a General's Career?

"Oh my, look at the time ladies!  I've got a war to fight!"
- Not Actually Said by General Patton

Here's a tactic for generals in trouble:  when surrounded by bimbos, glance at your watch, politely excuse yourself, and retreat!

If you need a good wristwatch to help defend yourself against bimbos, read:

A Guide to Military Field Watches

Still the One: My Caravelle Diver-Style Watch

As Thanksgiving and Black Friday approach, I've been thinking a lot about which watch is my favorite and which watch makes the perfect holiday gift.  If I could only pick one watch, I'd have to go with my Caravelle.  It's got that diver-style look that everyone craves and it's backed by a respectable name - Bulova.  While it isn't an Omega, it's still the watch that I wear when I want to feel like James Bond for a Day. 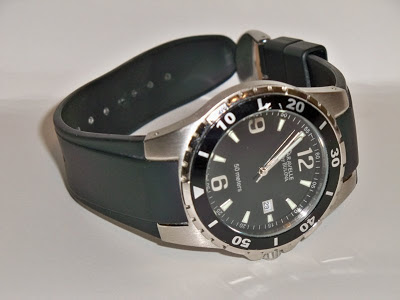 Since the holidays are almost here, I'll soon be sharing some of my articles on the best watches for various price ranges.


This watch is now available with a stainless steel band which overcomes the weakness of a deterioration prone rubber strap.

Posted by GatorDude at 11:23 PM No comments: