If you are looking for a nice gift for a professional football fan here in the U.S.A. you might look for an Game Time Veteran - NFL

watch.  I also saw some nice NFL team watches at my local Walmart store.  Here is an officially licensed NFL men's team watch for the Atlanta Falcons from Walmart: 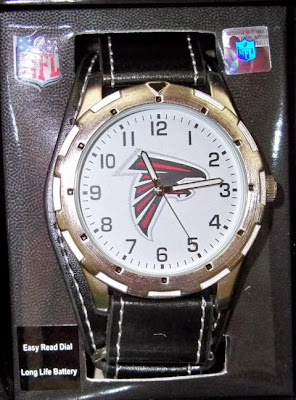 The officially licensed NFL women's watch for the Atlanta Falcons is a bit more bling-tastic! 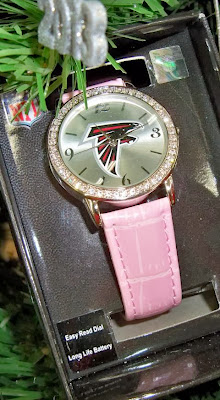 Women's watches get pretty fancy.  On Amazon, you can even get a Ladies NFL Atlanta Falcons Pearl Watch


Team watches make great gifts because they allow fans to show support even when they are environments where jerseys, caps, and other team gear are inappropriate.  For example, you can nearly always wear a team watch to work.

Here are some NFL team watches from Amazon: