Sometimes when you poke around at T.J. Maxx, you'll find some interesting watches.  I saw recently saw this tanker-style Bulova automatic. I even tried it on.  It has an exhibition case back and a window into it's mechanism on the front.  Priced at only $149, it was a steal.  It was certainly a great discount from the regular price of about $450.  Unfortunately, the T.J. Maxx was still about $147 more than I had at the time. So, I passed.  It might still be there waiting for the economy to improve. 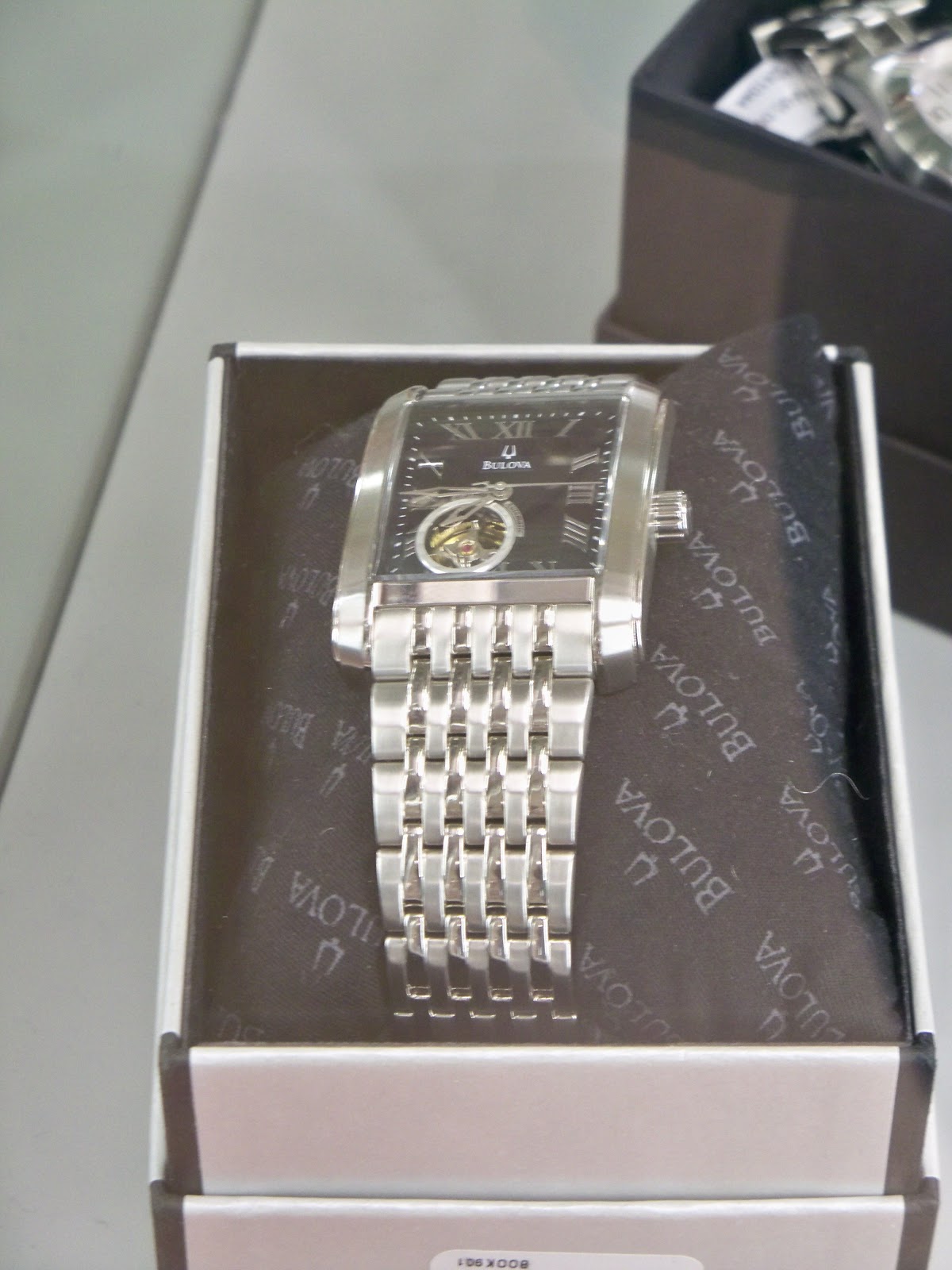 If not, here is a really nice Bulova skeleton watch from Kohls.  It's more expensive, but you don't have to pray to the close-out store gods in order to get it: