The Watches of Presidential Candidates

Blah-Blah-Blah-Blah-Blah.  The first Presidential debate is running along.  Americans face an important choice in November.  It's a choice that is beyond the scope of this blog.  But, as my mind wanders, I wonder what kind of watches the candidates wear.

According to a blog called Spudland, Mitt Romney has been photographed wearing a non-descript but functional Nixon "Private" watch.
Romney's watch is devoid of subdials and expensive-looking flourishes. Here is another Nixon-brand watch.

President Obama has been seen wearing a Jorg-Gray 6500 watch that was given to him by his Secret Service detail.

This enlargement is grainy, but it's a simple black chronometer watch with subdials and a secret service logo. 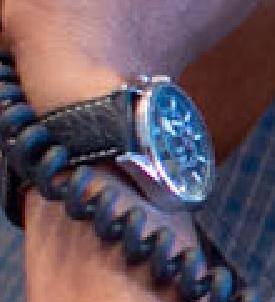 If you'd like a Jorg-Gray 6500 watch just like the one worn by President Obama, you can get it right here:

Posted by GatorDude at 7:19 PM