I had been holding this Invicta Specialty Quartz Pro Diver Chronometer aside for special occasions.  But, you really don't have to wait for a special occasion to enjoy wearing a nice watch.  I wore this watch out to grab a fast food lunch and cruise around our new baseball stadium.  This Invicta looks good in any setting.  This photo captures the watch and the new Coca-Cola Roxy Theater.


If you'd like to read a review of this watch, check out Wristwatch Review: Invicta Specialty Quartz Pro Diver Chronometer. After two years, the battery still seems to be going strong.
Posted by GatorDude at 5:11 AM No comments:

I recently spotted this Burberry watch at a Fossil Outlet in North Georgia.  I snapped this photo while the clerks were all mobbed with other customers.  This watch is a Swiss-made quartz model with a leather strap, a very clean bezel design, and a subtle texturing in the dial design.  The sub-dials on this Burberry watch seem very readable.  Overall, it appears to be a very clean, dressed up, watch. 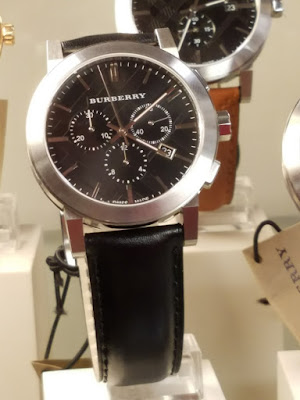 Finding an exact match for this watch out on Amazon proved to be a daunting task.  I was able to find this watch with a similar design, but with a black fabric strap.  I think it's a good looking watch, but somehow the leather strap version looks a little more streamlined.


The Fossil Outlet store often has some great deals and in-store coupons or buy one/get one for x% off specials.  It's always an interesting shop to visit.
Posted by GatorDude at 6:27 AM 1 comment:

What kind of watch does Clint Eastwood wear?

Clint Eastwood is one of my favorite actors.  From classic spaghetti westerns to Dirty Harry to modern classics like Gran Torino, he has been a major contributor to American cinema.  It's natural to wonder what kind of watch he wears.  In this 1981 NASA photograph, Eastwood is wearing a Rolex GMT Master. 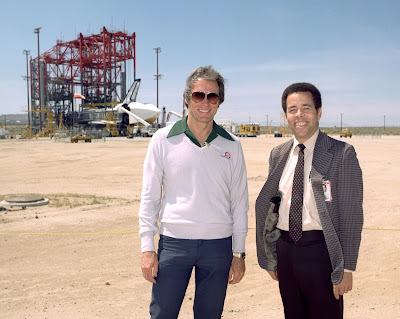 According to the "Rolexicon" published by the renowned British watch magazine, QP, this watch has been nicknamed "The Dirty Harry" by Rolex collectors.  Due to the brown bezel scheme, this Rolex is also known as the "Root Beer" watch. 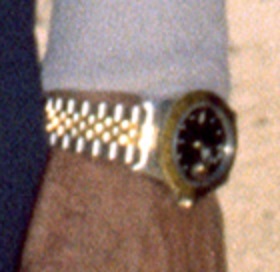 If you have the money for a vintage Rolex, an Amazon dealer has this Rolex GMT II available at this writing.

For the rest of us, it can be difficult to find a similar watch that evokes the Rolex look and feel at an affordable price point.  One watch that I found on Amazon looks like a GMT Dweller.  However, it would be tough to find one with a "root beer" bezel design. 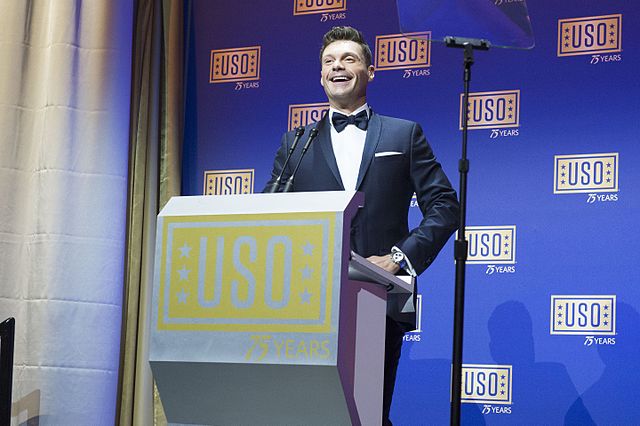 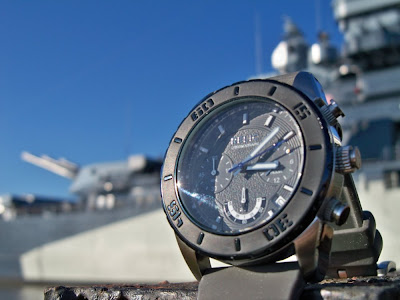 Posted by GatorDude at 11:50 PM No comments: