With the popularity of Zombie- themed movies and televison shows like The Walking Dead, it's only natural that watch collectors might wonder which watch would be best for surviving a Zombie Apocalypse.


One automatic watch brand stands out to me:  Vostok.  The Vostok Amphibia was the standard time keeper for the Soviet military for many years.  If you are pulling your SKS or AK-47 out of the gun room for the duration of a Zombie Apocalypse, the Vostok Amphibia definitely completes the look.  I'd suggest getting a paratrooper or tank commander version for maximum effect even if brainless Zombies aren't impressed.

The Vostok is a very tough watch.  In fact, the primary consideration in choosing a Zombie Apocalypse watch would have to be ruggedness.  When you look at pictures of the U.S. military in tough environments and combat conditions, the men and women of the military generally seem to be wearing Casio G Shock watches.  These watches provide unparalleled toughness and are affordable to middle class people.  In the U.S. Navy photo below, the trainee in a SEAL candidate class is wearing a G-Shock. 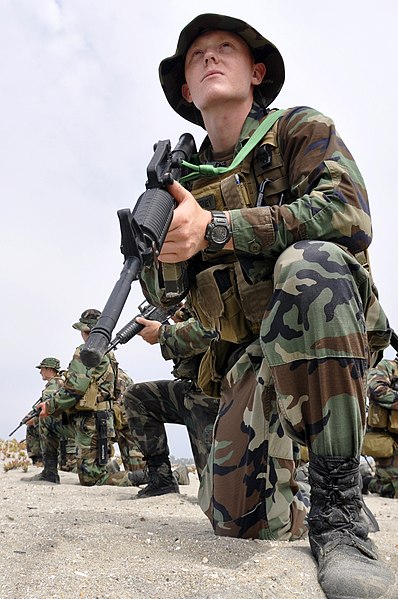 Since this is a high resolution image, we can zoom in and see the trainees watch clearly.  If a Casio G Shock is good for Navy SEAL BUDS training, it's probably good enough for the typical Zombie Apocalypse.

The watch worn in the photo above does appear to be the standard solar G-Shock digital model shown below at a very affordable Amazon price.


Now that the wristwatch portion of planning for a Zombie Apocalypse is complete, check out this blog HowToFightZombies.com for more information on getting ready for the Zombie Apocalypse and other disasters.
Posted by GatorDude at 3:54 PM