Ferragamo is a brand that is synonymous with high-end Italian craftsmanship and style, but, of course, it wasn’t always that way. Young Salvatore Ferragamo wanted to create something he could call his own. He started out at the ambitious age of thirteen when he opened a shoemaking shop in 1911 in Bonito, Italy. Moving to the U.S. a year later, he joined one of his brothers in a footwear factory in Boston, MA. The machinery therein enthralled the fourteen year old boy, but even at this young age he worried about the maximum quality that a factory could produce.


In the next ten years Ferragamo moved to California and even starting making shoes for the stars of Hollywood at his own Hollywood Boot Shop. Even with all of his success in the U.S. Ferragamo missed Italy and the quality craftsmanship that came so naturally to him there, so he moved back to Italy in 1927 and began to build up the brand that exists today. He set up a factory in Florence and trained local artisans to help him. Neiman Marcus and Saks Fifth Avenue are among the first outside retailers to carry Ferragamo shoes. In August of 1962 Salvatore died of cancer at the age of 62, but his legacy lives on through his family and the contributions he has made to the world of fashion (Vogue). 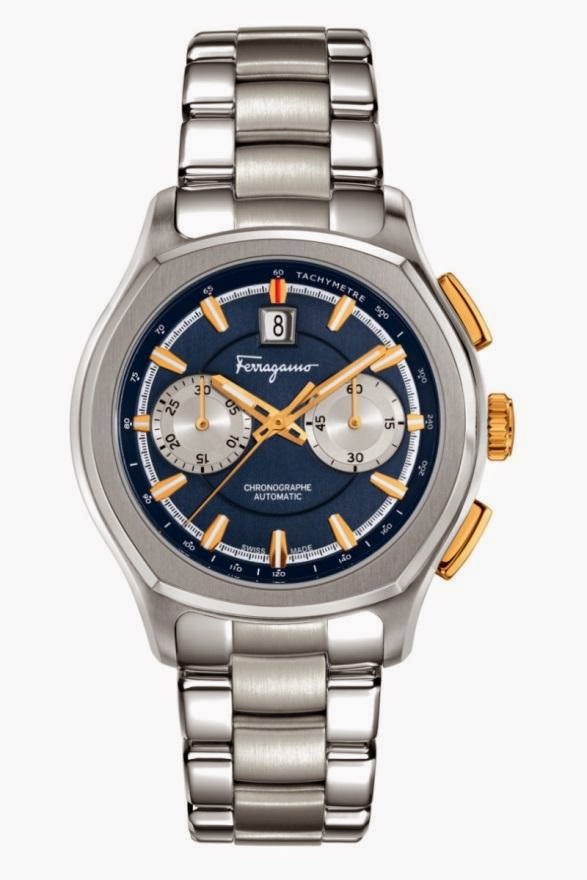 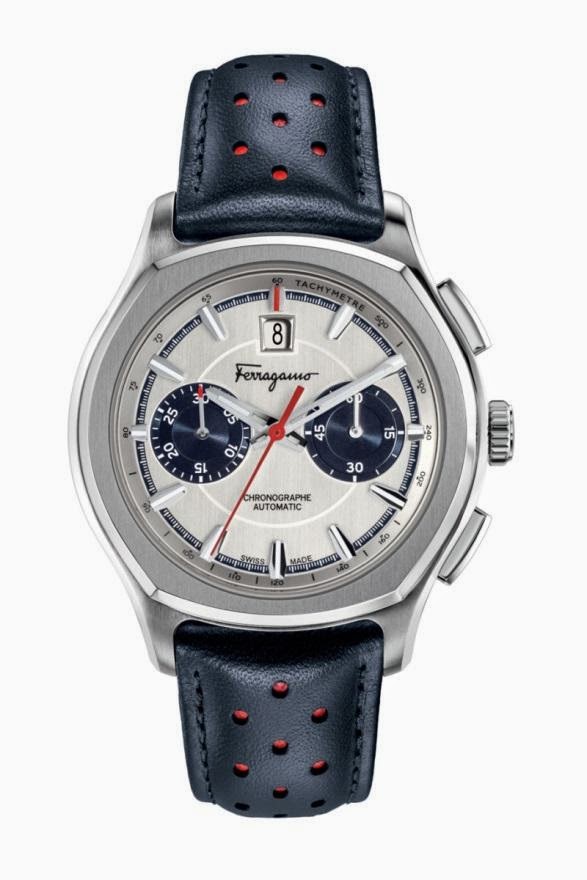 Expanding to watches in 2003, the brand is still growing. The most recent example of the Ferragamo brand living on lies in the new Lungarno Chronograph watch collection. These are inspired by a hotel chain started by Salvatore in Florence Italy that expanded to five different locations in Florence and one in Rome. The watches are active and sporty while also holding up the classy, Italian style.

Buying one of these watches means making a couple of choices: three different face color pallets to choose from and your choice of three wrist straps. The faces come in blue, black or white and the wrist straps in blue, black or a combination of brushed and polished steel. The watch bezel has chamfered, polished edges and a brushed stainless steel surface for contrast.

Salvatore Ferragamo went after his dreams at a young age. He knew what he wanted to do and went for it. Because of his ambition and willingness to take risks, the Ferragamo brand still upholds beauty, innovation, and quality Italian craftsmanship he built it on.

About the author: Isabella Rivera also knows what she wants out of life – to make it as an actress in Hollywood. She is an aspiring timepiece collector who appreciates anything with a bold style. She writes for GevrilGroup.com, spreading the love of Ferragamo, Versace, and Gevril around the blogosphere.