I recently saw this nice looking diver-style watch at the runway T.J. Maxx in Dunwoody, Georgia.  This is a nice looking diver-style watch with clean lines, a strong uncluttered dial, and 100 meters (10 atmospheres) of water resistance.  It's fine for swimming and snorkeling, but probably not suitable for full-fledged scuba diving.   The watch has a 44 millimeter diameter case and a unidirectional rotating bezel.  In short it looks like a serious watch. 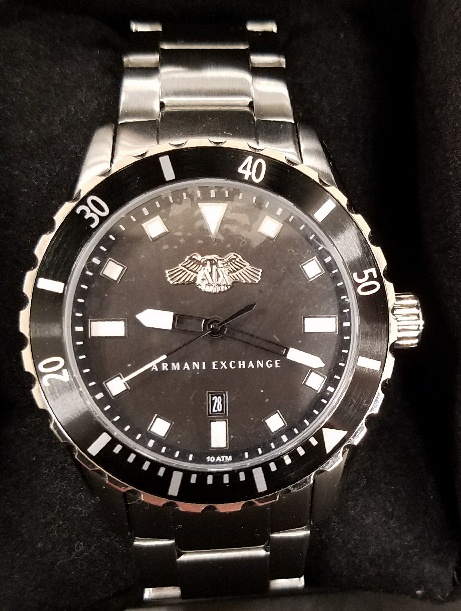 Since good watches don't stay at the runway T.J. Maxx for long, I looked on Amazon to see if I could find this watch.  Unfortunately, I couldn't find one with a stainless steel bracelet.  However, the watches that I did find opened up the possibility of alternative color and strap combinations.  Dive watches with leather straps provide a more casual but adventurous look.  They are certainly worth checking out.

I recently sighted this Michael Kors Caine Silver-Tone Chronograph Watch.  It looks like a nice solid watch with a 45 millimeter case, stainless steel case and bracelet, accurate quartz movement, and 100 meters of water resistance.  I like the brilliant blue dial, the slanted racing font for the numbers and the solid construction.  It looks like a good competent watch!

I spotted this watch at the Fossil Watch Outlet at the North Georgia Premium Outlets shopping center off of Georgia 400.  If you don't have a convenient outlet near you, it is also available on Amazon.  Instead of going to the watch, it can come to you.

Posted by GatorDude at 12:55 AM No comments: 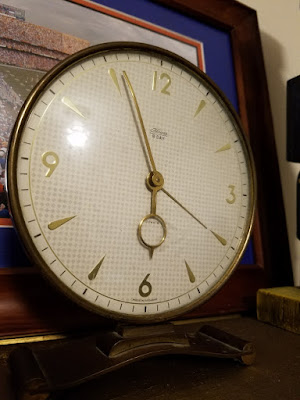 
Posted by GatorDude at 2:46 PM No comments: