I really like the spinning rotor designs of Perrelet watches, but they are way out of my price range.  However, I have a Sharp-brand watch from Kmart that pays a bit of homage to the rotor turbine watches of Perrelet.  I like to wear the one pictured below from time to time.  While the rotor doesn't spin, the hub and spoke motif are timeless.  If you didn't catch my review of this watch, you can read it here:

Here is a really stupid watch.  It's a fake version of a famous Swiss watch.  It was bought about 20 years ago for about $20 from some guy on a corner in Washington, D.C., in Georgetown.  It is cheap and cheesy and doesn't even look like the Swiss watch that inspired it.  Maybe that's why the wearer never became a mover and shaker in the nation's capital?


Fake watches don't do anyone any favors.  They simply aren't authentic.  If you wear one, then you aren't being authentic either.  People who know watches will think you are a phony.  If you were trying to mix with a higher class of people by wearing a fake watch, that watch may end up stigmatizing you as a fraud.

I don't know where that guy on the corner got the fake watch, but he was a criminal and everyone in his supply chain was a criminal.  When people choose to buy a fake product instead of a real one, they are diverting money into the underground economy that could have gone into the legitimate economy that provides good jobs around the world and that pays taxes to fund government services.  For more on the economic impact of fake goods read Counterfeit Goods:  A Bargain or a Costly Mistake? by the UN Office on Drugs and Crime.

This blog is all about inexpensive watches that look good and work well.  There are so many other cool watches to choose from that there is never a need for a fake watch.  There is honor in wearing a good watch made by a reputable company that sells for a reasonable price.  For less than $100, you can get this stainless steel Caravelle by Bulova Chronograph watch from Kohls.  It looks a heck of a lot nicer than some cheesy fake Swiss watch.

If you work hard, if you save your money, if you get job training, if you get a bit lucky, and if you succeed in life, then you might be able to go out and buy a real luxury Swiss watch from a famous maker.  When you do, it will be real.  It will be a symbol of all your hard work.  It will still be a symbol of a status that you have achieved.  Anything fake is just stupid.

This inexpensive watch always makes my list.  It's from the US Polo Association brand called Thr3.  It's a good looking watch for a modest sub-$25 price.  It really hits the mark as far as basic military-style watches go. 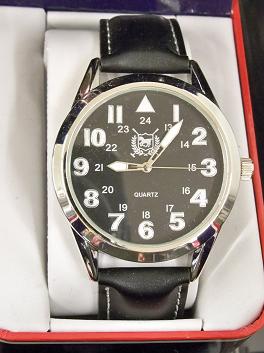 Here's a similar watch at Kohl's from US Polo Association.  It's only a few dollars and has a more textured band and forgoes the 24-hour military time.  It's a really sharp looking watch for less than $30.

As a Target shopper, I've been pretty disappointed with their watch selection lately.  The watch selection seems to be shrinking and they have few premium watches.  With the exception of some nice Timex watches and some decent low end Casio watches, they just don't have much on display.

It's a little disheartening because I've gotten some really nice watches at Target over the years.  For example, my Merona Tanker-style Watch looks great! 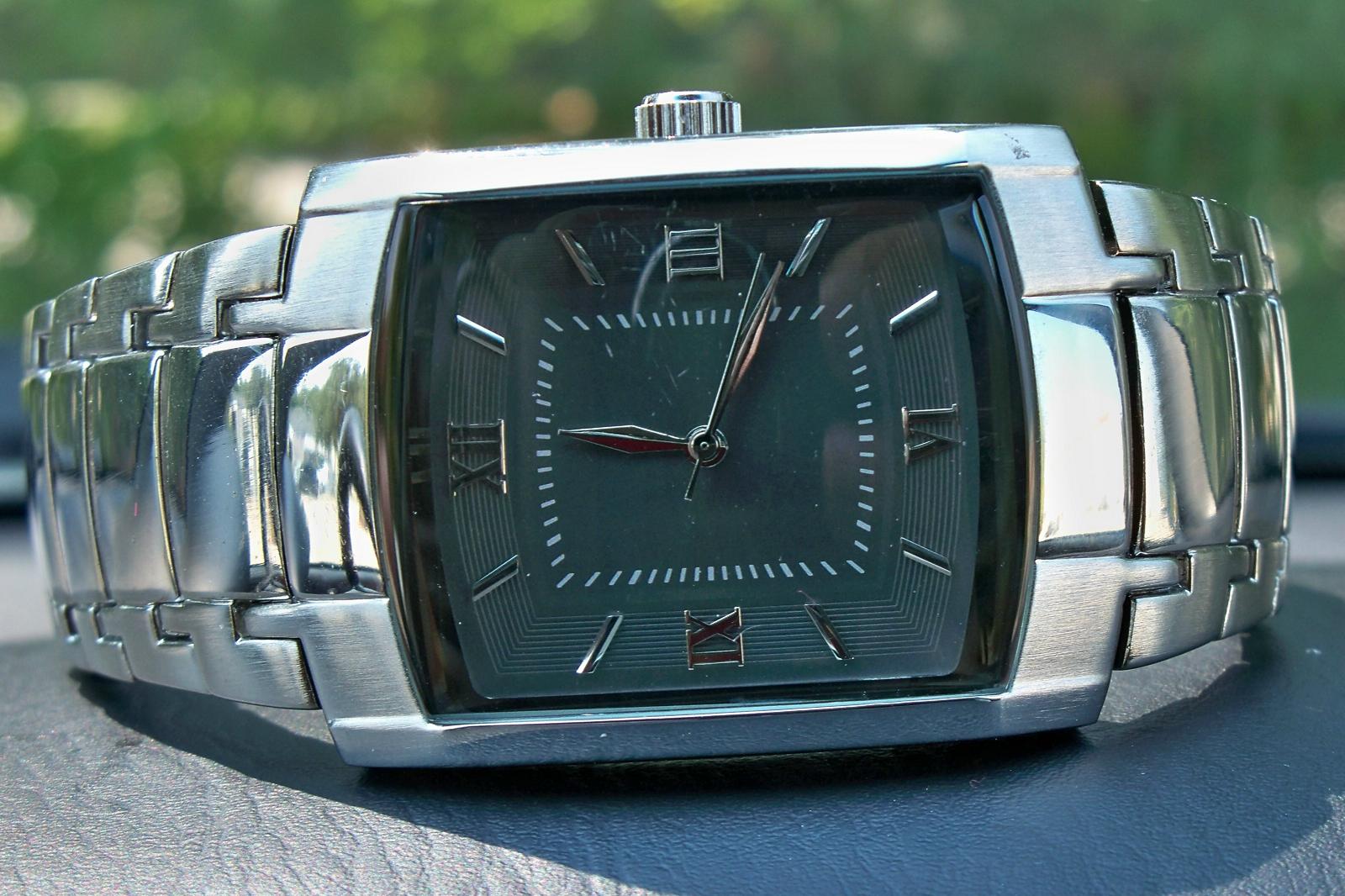 It's a definite contrast with the watch department over at Walmart.  They seem to be offering a wider selection of watches and higher quality watches!

I always check the watch counter when we do the circuit of thrift stores in our area.  However, I find very few watches for men on display.  It seems like there are plenty of colorful watches for women and children.  But, men's watches are rare.  If I do see one, it generally has a scratched up crystal and a corroded band.  It's too bad.  Goodwill and Salvation Army are great causes.  So, if you are going through your watch box and getting rid of some of your extras, consider donating to charity.

Watches can almost always tell the time, but when you donate them to charity, they can change the future for someone in your community.


Of course, the online auction site for Goodwill might be a different story.  Last time I looked, I saw a nice Citizen and a broken antique Elgin for sale!  You can look for similar watch deals here -

Posted by GatorDude at 10:14 PM No comments:

Rolex Blow Out at T.J. Maxx!

As many of you may know, there are "run way" T.J. Maxx location in selected upscale communities around the country.  Sometimes you can find some great deals.  Tonight I was flabbergasted by this amazing deal:  Rolex Submariners for $250!

Like many watch collectors, I've always wanted a Rolex.  I appreciate the fine craftsmanship and the amazing waterproof qualities of these dive watches.   It's nice to not have to write "diver-style" watch!

Unfortunately, I owe on my taxes and I didn't have $250 to buy one of these babies!  They are still there!

Of course, it is April 1st.  So, you have to act fast because I'm sure they won't last long!


By the way, before you jump in the car, it is April Fool's Day!

Photo by:  Eternalsleeper at en.wikipedia [GFDL (http://www.gnu.org/copyleft/fdl.html) or CC-BY-SA-3.0 (http://creativecommons.org/licenses/by-sa/3.0/)], via Wikimedia Commons

But, for us mere mortals, there will always be Invicta!